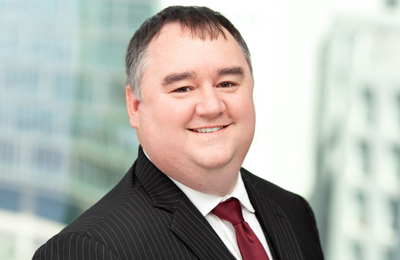 Stephen Burke has a focus on international arbitration, dispute resolution and litigation is the latest and fourth partner in the past two months to join the firm.

Dubai-based Stephen Burke, a recognised contentious expert in physical infrastructure development, with a focus on international arbitration, dispute resolution and litigation is the latest and fourth partner in the past two months to join Addleshaw Goddard (AG) in the GCC, with a further two planned in the coming months. Burke’s practice spans the GCC and he has considerable depth and breadth of experience conducting arbitrations under all major institutional and ad-hoc rules, particularly for global multinationals. Burke has built his career with a variety of different firms, Dentons LLP and Linklaters LLP, and joins AG from Baker Botts in Dubai where he has spent the last seven years leading on contentious matters in construction and energy. He is a registered advocate with the courts of the Dubai International Financial Centre and represents developers, contractors, subcontractors and other construction professionals on typically high value and technically complex matters.

Most of Burke’s work is connected with the GCC, and he has particular experience handling arbitration proceedings that are seated in the UAE and involve matters of UAE law. In addition, many of his matters have related to projects in the Kingdom of Saudi Arabia (KSA) and he has represented clients in arbitration proceedings seated in numerous jurisdictions, including England, the United States, France, Switzerland, Singapore, Hong Kong and India.

Andrew Greaves, partner and head of the GCC Construction Practice said, “Our construction team in the GCC is going from strength to strength as evidenced by the arrival of Stephen who is undoubtedly one of the region’s leading construction partners. Stephen’s recruitment will really complement the great work Bevan Farmer has been undertaking on some of the largest projects in the UAE and Qatar. I am very confident that we now have an exceptionally strong market position in construction and in particular regional disputes, as we evidently continue to capture and invest in the very best talent that the GCC region has to offer.”