AUBK was assigned long credit term ratings of A2 (stable outlook) by Moody’s, A+ (negative outlook) by Fitch and A+ (stable outlook) by Capital Intelligence Ratings. The issuance was dual listed on the regulated market of Euronext Dublin and on Nasdaq Dubai, and was offered to sophisticated investors outside the US in reliance on Regulation S under the US Securities Act 1933.

Debt Capital Markets partner Alex Roussos, based in Dentons’ Dubai office, commented: “We are delighted to have worked with AUBK on yet another landmark transaction. AUBK’s successful completion of its tender offer and new issuance is testament to the strength and depth of capital markets in Kuwait and the broader region, the increasing sophistication of capital markets participants and their ability to execute complex transactions. We’re seeing more and more issuers look at proactively managing their liabilities and their capital position and that has enabled them to build solid reputations amongst the international investor community”.

Helmy, Hamza & Partners, Baker McKenzie Cairo office, advised Rawasy, a new real estate joint venture established by the National Bank of Egypt (NBE) and Banque Misr, in connection with acquiring real estate assets in Talaat Moustafa Group’s (TMG) Madinaty compound for a purchase price of approximately EGP 9 billion. Additionally, Baker McKenzie Cairo supported Rawasy in entering into a long term Operation and Investment Agreement with TMG for the operation and investment of these assets on behalf of Rawasy with a guaranteed return.

The acquisition joint finance loan to Rawasy was divided into two tranches. The first part of the loan was from Banque Misr, Al Ahly Bank and Banque Du Caire to finance the purchase of assets from TMG related to the Craft Zone Project in Madinaty. Such assets are handed back to TMG for operation and investment under an Operation and Investment Agreement. The second part of the loan was in the form of a discounting facility against checks from Nour City owned by TMG. The aggregate amount of both tranches is approximately EGP 9 billion.

Commenting on this unique transaction, Mohamed Ghannam, managing partner and head of projects at Helmy, Hamza & Partners, Baker McKenzie Cairo said, “This landmark transaction highlights our expertise in implementing innovative financing structures and real estate deals that meets market developments, and showcase our ability to work in close collaboration with our client. We are pleased to have been successfully able to close the deal, which is considered to be one of the largest real estate financing deals in Egypt, while drawing on our strong real estate and project financing capabilities.”

Moreover, earlier in May 2021, Baker McKenzie Cairo team had also closed another deal for Rawasy advising the real estate development company on the acquisition of real estate assets in TMG’s Madinaty and Rehab residential cities for a purchase price of EGP 1.7 billion. The team had also provided Rawasy with legal advice on the entering into a long term Operation and Investment Agreement with TMG for the operation and investment of these assets on behalf of Rawasy with a guaranteed return, as well as on obtaining a loan of 2.1 billion EGP from Banque Misr and NBE to finance the purchased assets from TMG related to Craft Zone Project in Madinaty.

This transaction is considered one of a number of similar cooperation opportunities and transactions between the banks and TMG. Baker McKenzie Cairo advised Banque Misr on a similar deal in late 2020. Such deal involved NBE and Banque Misr setting up a joint venture – First Design for Urban Investment and Development S.A.E – with a paid-in capital of EPG 200 million. First Design purchased a number of real estate assets from TMG in Madinaty and Rehab cities worth approximately EGP4 billion and entered into a Development and Management Agreement with TMG in relation to such assets on behalf of First Design.

The Bitcoin Fund was launched on the Toronto Stock Exchange in 2020 as the world’s first regulated, major exchange-listed bitcoin fund. In listing on Nasdaq Dubai today, the fund is the Middle East’s first listed digital asset-based fund.

With bitcoin seeing huge growth globally as the world’s leading digital asset, the fund brings titled, auditable ownership of bitcoin through a traditional investment vehicle to the region for the first time.

The team at Pinsent Masons was led by Tom Bicknell, head of financial services in the Middle East.

Commenting on the listing, Frederick Pye, chairman and CEO, 3iQ Corp said, “We believe that this is the opportune moment to expand this unique investment opportunity into the Middle East region. Since its launch in Canada, we have seen tremendous success with The Bitcoin Fund having achieved approximately USD1.37 billion assets under management. The fund truly provides investors a chance to get involved with a complex digital asset through a medium that is clear, concise and easy to understand,”

Tom Bicknell, Pinsent Masons’ head of financial services in the Middle East said, “It is an exciting time in the world of bitcoin and it’s been amazing to work with 3iQ on this listing – the first of its kind on Nasdaq Dubai. The leading regulatory environment in Dubai has played a key role in enabling this and I hope that this is just the beginning of an exciting new chapter for digital asset-based funds in the region.” 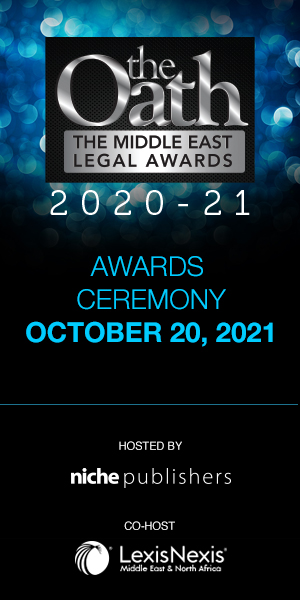 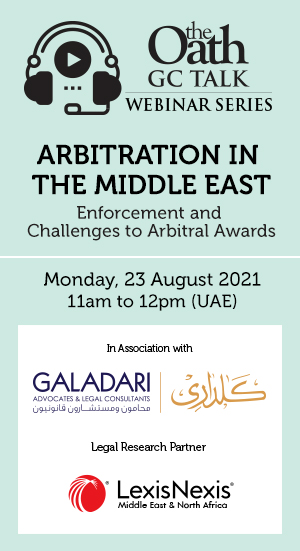 Webinar: Arbitration in the Middle East - Enforcement and Challenges to Arbitral Awards

An overview of the mechanisms available for recognition, enforcement, and challenges to arbitral awards in the Middle Eastern jurisdictions of the UAE, KSA and Egypt, in a comparative analysis format.