Clyde & Co has advised Qatari port operator QTerminals on the sale and purchase agreement for the acquisition of 99.99% of Akdeniz Port in Turkey from Global Ports Holding (GPH), the world’s largest independent cruise port operator.

Clyde & Co acted as international deal counsel and collaborated with Turkish counsel Kolcuoglu Demirkan Koçaklı (KDK) to represent QTerminals at all stages of the transaction, including drafting and negotiating the key transactional documents.

Located in Antalya, Akdeniz Port is a leading commercial cargo export port in Turkey, currently specialising in handling cargo containers and general and bulk cargo destined for global markets including those in Asia and the Middle East. Including QTerminals’ flagship Hamad Port in Qatar, its recent 35-year concession for the management and operations of Olvia Port in Ukraine, this acquisition in southern Turkey represents the third port asset in QTerminals portfolio.

Subject to the Turkish Competition Authority’s (Rekabet Kurumu) clearance and several other Conditions Precedent, the acquisition of the port is expected to complete in the coming months.

Roshanak Bassiri Gharb, corporate senior associate at Clyde & Co, stated, “After advising on the concession agreement for Olvia Port earlier this year, we are thrilled to have supported QTerminals in a new strategic project. This is an important development for their internationalisation plans and should further its position as one of the leading port operators in the world.”

Lee Keane, corporate partner at Clyde & Co in Doha, added, “The acquisition of the port will represent a significant development for QTerminals and its entrance into the Turkish market. This transaction also confirms the solidity of cross-border investments between Middle East and other jurisdictions and should generate further opportunities across the wider region.”

Neville Bissett, CEO of QTerminals, commented, “Akdeniz Port is an important milestone for us and a strategic starting point for our expansion into Turkey. We are committed to developing and operating the Port to the highest levels of efficiency and safety. We are grateful to our legal advisors Clyde & Co and KDK for their excellent service, advice and guidance on this acquisition.”

The Clyde & Co team was led by Roshanak Bassiri Gharb and Lee Keane.

Norton Rose Fulbright has advised the National Commercial Bank (NCB) as senior lender to a consortium comprising The Power and Water Utility Company for Jubail and Yanbu (Marafiq), AlAmwal AlKhaleejiah AlThaniya and Veolia Middle East on the shariah-compliant financing and project documentation for the Jeddah airport independent sewage treatment plant (ISTP) (the project).

The firm acted as international legal counsel as well as Saudi local counsel to NCB.

The project will be developed by Jeddah Althaniya Water Company (a Saudi incorporated project company owned by the sponsors) which has signed a 25 year sewerage treatment with the Saudi Water Partnership Company. It is expected to be fully operational in January 2023.

Paul Mansouri, projects and banking partner, who led on the deal, commented, “We are delighted to have supported NCB and other lenders on this major project which forms part of the ongoing programme in the Kingdom of Saudi Arabia to invest in its water and wastewater infrastructure. Achieving financial close in the face of the challenges presented by COVID-19 has been a testament to the commitment and dedication of the lenders and the sponsors. The closing of Jeddah ISTP follows on from our team advising lenders this year on the successful closings of the Umm al Quwain IWP, Taweelah IWP in Abu Dubai and Fujairah 3 IPP and demonstrates that the GCC continues to be a key jurisdiction for infrastructure and power projects.”

The deal was formally announced on August 31st this year and, following an institutional book building process and retail offering, BinDawood Holding was admitted to listing and trading today. The group operates two key retail grocery brands – BinDawood and Danube – consisting of 73 hypermarkets and supermarkets, throughout Saudi Arabia. The group currently employees over 10,000 people.

The IPO, which priced at the top end of the price range on October 7 th, represents a significant retail success story despite the business operating subject to strict restrictions during the COVID-19 pandemic. It comes off the back of strong financial results for BinDawood Holding during 2020, attracting investors both domestically and internationally. The success of the transaction is emblematic of the continuing strong demand in the Kingdom for IPOs, positioning Saudi Arabia at the forefront of capital markets developments in the Middle East.

The team was led by Karim Nassar and Robert Eastwood of Legal Advisors in Riyadh and Adam Farlow and George Marshall at Baker McKenzie in London.

Commenting on the transaction, Karim Nassar said, “The deal represents a consolidation of our relationship with the client, BinDawood Holding Company, having acted for them previously on a number of other corporate transactions. It also showcases the consolidation of our collaboration and working relationships across EMEA+ and among our Gulf and European offices in Riyadh, Jeddah, Bahrain and London.”

George Marshall added, “We are delighted to have acted for BinDawood Holding on this milestone transaction, which has proven the resilience of their business against a challenging economic backdrop during COVID-19. The IPO also represents continued interest among international investors in the Kingdom, alongside strong demand domestically.”

Other parties involved in the transaction included Investcorp, as one of the selling shareholders, and independent financial adviser Moelis & Co. (acting for BinDawood Holding). White & Case acted for the underwriting banks, being Goldman Sachs, J.P. Morgan, GIB Capital and NCB Capital.

Allen & Overy advises Adevinta ASA on the sale of its online classified businesses In Morocco, Tunisia and Colombia to Frontier Digital Ventures

Allen & Overy is advising Adevinta ASA (Adevinta) on the sale of its online classifieds businesses Avito in Morocco, Tayara in Tunisia and Fincaraíz in Colombia to Frontier Digital Ventures (FDV).

Listed on the Australian Securities Exchange, FDV specialises in operating online classifieds businesses in emerging markets, with a focus on property and automotive verticals and general classifieds websites. The acquisition of Avito, Tayara and Fincaraíz takes FDV’s portfolio to 15 operating companies across 20 markets.

Corporate partner David Foster, who led the Allen & Overy team, commented, “We are delighted to advise Adevinta on this transaction and to have been able to support them on the optimisation of their portfolio.” 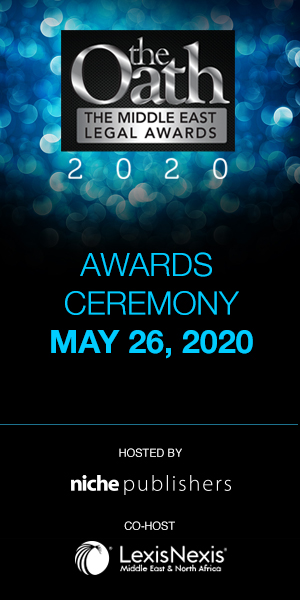