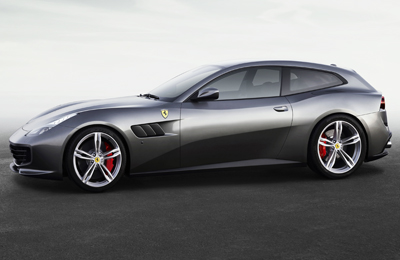 The GTC4Lusso has an illustrious lineage that combines extraordinary performance, sporty chic and luxurious comfort.

The new Ferrari GTC4Lusso stable is Maranello’s latest interpretation of the four-seater concept, which combines extraordinary performance in all driving conditions with sporty elegance and luxurious comfort for both driver and passengers alike. The GTC4Lusso’s name references several predecessors. Ferrari has updated the grand touring FF with a stunning new interior, sharper exterior styling, improved engine and handling and a brand-new name that reflects the luxury that epitomises Ferraris’ flagship models. A look back at the luxury carmaker’s most significant predecessors that have shaped the history of Ferrari’s V12 and V8-engined four-seaters. 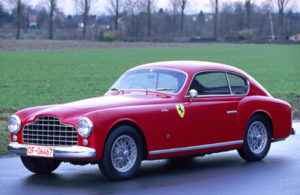 The 166 Inter was Ferrari’s first ever road-going model and was based on the 166 sports racing models, such as the 166 MM barchetta, with which it shared a slightly lower-powered version of the sophisticated 2-litre V12. Typically for those years, no two cars were alike and one of the most popular coachbuilders of that era, Carrozzeria Touring, produced the majority of the model range, including this, the 166 Inter coupé Touring, which debuted at the 1948 Turin Motor Show. One of just five Ferrari cars sold that year, it was the first ever example of a two-door four-seater and thus the predecessor of today’s GTC4Lusso. 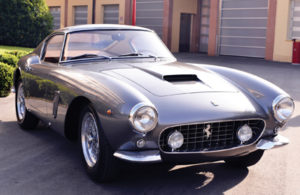 The 250 GT 2+2 was the first four-seater Ferrari to be produced in large numbers. In fact, nearly 1000 cars were produced between the model’s launch at Le Mans 24 Hours in June 1960 and the end of 1963. Although there had been other Ferrari models designated 2+2s in the early 1950s, the 250 GT 2+2 was the first with proper four-seat accommodation and the concept proved to be extremely popular, accounting for about two thirds of the total Ferrari 250 GT road car production of the period. The Pinin Farina-designed car was equipped with the 3-litre version of the V12 producing 240 hp, with the last fifty examples being fitted with 4-litre engines and designated 330 America.

The 330 America was replaced by the 330 GT 2+2 coupé which was presented at the annual Ferrari pre-season competition press conference in January 1964, making its public appearance at the Brussels Salon later that month. Characterised by its front-end styling that included large quad headlights emphasized by chrome surrounds, its Pininfarina styling was viewed favourably and the new 2+2 was considered to offer substantial improvements over its predecessor. In all, the model garnered much praise from the press at the time.

The 365 GT 2+2 was presented at the 1967 Paris Motor Show, and was the replacement for the 330 GT 2+2. With its elegant, imposing lines, it was the first Ferrari to feature power steering and air conditioning as standard for the American market. 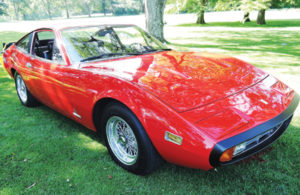 The 365 GTC4 was the successor to the 365 GT 2+2. The body style was very different from the models that it replaced: gone were the graceful rounded curves and the elliptical radiator grille, to be replaced by a much more angular wedge design, which was coming into vogue at the time. The more compact design of a two-seater coupé actually hid the fact the car had two small rear seats which had folding backs to increase luggage space.

This was a brand-new design from Pininfarina, which faced the task of developing a fast, svelte and elegant 2+2 powered by the classic 4.4-litre VI2 engine that would break with the more classical lines of the 1967 365 GT 2+2 and provide greater rear seat space than that car’s successor, the 1971 GTC4. The 365 GT4 2+2 model was announced at the 1972 Paris Salon, and continued in production until 1976, when it was replaced by the 400 series which maintained – right up until the final interpretation, the 1985 5-litre 412 which ended production in 1989 – the refined styling that exuded an air of sporting luxury. 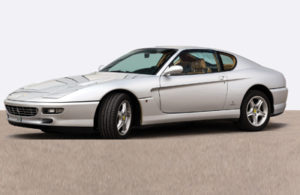 The 456 GT took the luxury 2+2 coupé theme to new heights and saw Ferrari return to the front-engine concept for the first time since the 1968 365 GTB4. The all-new 65° V12 provided unprecedented flexibility and power 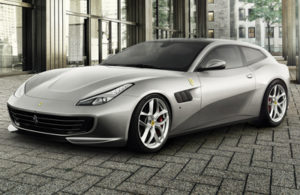 Along with a new name, Ferrari gave the GTC4Lusso updated lines, a new interior, and a touch more horsepower from its V12 engine. The performance displays the thrilling Ferrari soundtrack, with an increased power output from 651 horsepower to 680 ponies. This Italian horsepower allows the GTC4Lusso to reach 0 to 100 km/h in 3.4 seconds on the way to its 333 km/h top speed.

Maranello’s latest interpretation of the four-seater concept, the GTC4Lusso sports the latest evolution of the naturally-aspirated Ferrari GT V12 that melds incredible power with efficiency and provides a soundtrack which is thrilling in performance driving, yet discreet and harmonious in normal touring conditions.

As is the case with all Ferraris, the GTC4Lusso introduces a slew of technological innovations, notably the new Ferrari-patented 4RM-S which guarantees exceptional handling even on low-grip surfaces and superb stability and responsiveness in all conditions.

The GTC4Lusso’s aerodynamic development introduced new solutions, too, including a slotted diffuser and a rear spoiler integrated with the hatch, all focused on reducing drag and improving aerodynamic efficiency.

As a result, the GTC4Lusso exudes elegance and exclusivity, its unprecedented forms underscoring its most dynamic traits in an effortless marriage of sportiness and signature Grand Tourer traits.

The sophisticated and refined cabin is designed wholly around its occupants. Its Dual Cockpit concept, in fact, was crafted to enhance the shared driving experience for all passengers. Maximum attention was paid to improving in-car comfort, not least in the form of a new concept for the climate control and a new navigation and media system.