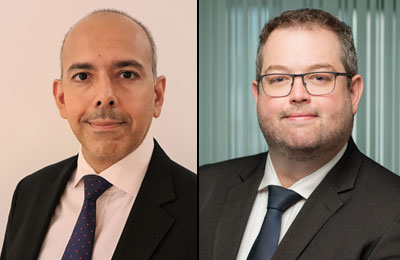 Squire Patton Boggs has announced the addition of Ravinder Bhullar as a partner in its International Dispute Resolution (IDR) practice in Dubai.  Bhullar joins, along with senior associate Alex Freeman, from the Dubai office of Dechert.

Bhullar specialises in international commercial arbitration and litigation, particularly in disputes involving construction, real estate, infrastructure and energy projects, especially across the Middle East and Africa. His experience extends to arbitrations seated around the world, conducted under the rules of the ICC, DIAC, DIFC-LCIA, LCIA, and SCC, as well as ad hoc arbitrations under UNCITRAL rules. Admitted to the Supreme Court of Victoria, Australia in 2002, Bhullar has been a Registered Practitioner (Part II) of the Dubai International Financial Centre Courts since 2010. He is also a Member of the LCIA and currently Treasurer of the Society of Construction Law (Gulf).

Freeman’s expertise lies in resolving civil engineering and oil and gas projects disputes through mediation, dispute adjudication boards, arbitration and litigation. He has broad experience representing clients in arbitrations seated in Dubai, London and Paris under major institutional rules including DIAC, ADCCAC, DIFC-LCIA and ICC, as well as acting for clients in investment treaty arbitrations under ICSID Rules. Qualified in England and Wales, Freeman is a Member of the Society of Construction Law (Gulf).